Liberapedia
Register
Don't have an account?
Sign In
Advertisement
in: Epic Fail, US Politics, Presidential Elections,
and 6 more 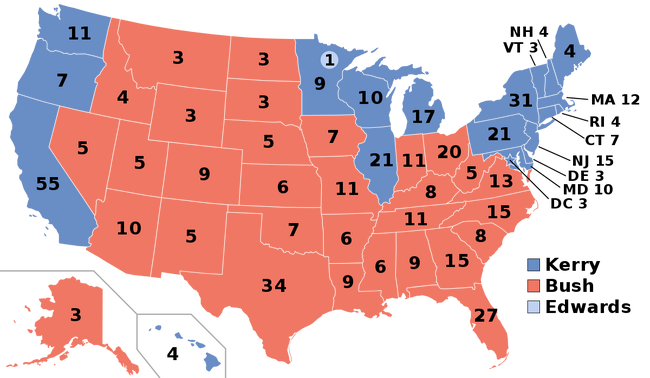 This article is a bit subjective. If you don't like it ... sorry about that.

The 2004 election decided if George W. Bush would serve a second term. In one of the most humiliating moments in United States history, Bush was elected over his much more sane opponent, John Kerry. The American people made up for this in 2008 Presidential Election. Unlike the 2000 Presidental Election, Bush actually won this one.

Bush used 9/11 images in his campain Ads which was not good common sense.[1]

Until 2008 America had to deal with Dubya for another four years. Hurricane Katrina happened in 2005. Later in 2006 The housing bubble went to sherds starting a economic recession in 2007/2008 that made people homeless & Conservatives blame it on Liberals.[2]