The super-low interest rates Greenspan brought in the early 2000s and his long-standing disdain for regulation are now held up as leading causes of the mortgage crisis. The maestro admitted in an October congressional hearing that he had "made a mistake in presuming" that financial firms could regulate themselves. [1]

Alan Greenspan (born March 6, 1926) is an American economist who served as Chairman of the Federal Reserve of the United States from 1987 to 2006. He currently works as a private adviser and provides consulting for firms through his company, Greenspan Associates LLC. First appointed Federal Reserve chairman by President Ronald Reagan in August 1987, he was reappointed at successive four-year intervals after the second-longest tenure in the position (behind William McChesney Martin). Noam Chomsky described part of Greenspan's statement to Congress as serving the interests of the Richest 1%. [2]

Greenspan retired on January 31, 2006. [3][4] That was when the American economy under his management was Just starting to show signs of going pear shaped. [5] And Greenspan may have known more than outsiders. 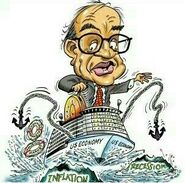 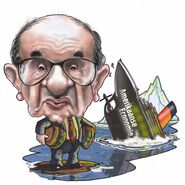