Liberapedia
Register
Don't have an account?
Sign In
Advertisement
in: People Who Want Christian Sharia, Let's Hope It's Just Acting, Let's Hope Not Too Many People Are Like This,
and 11 more 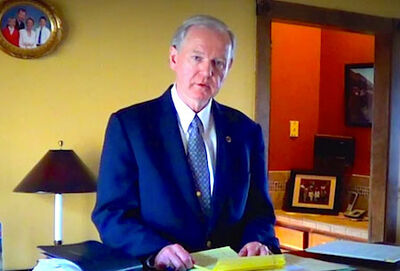 Darrell Trigg is a dangerous man, who announced his running for the 2016 U.S. Presidential Election on the National Day of Prayer (Early May), 2014.

The following would be under effect had Darrell Trigg become the president:

We are not far off from these kinds of rules with Donald Trump, who will probably criminalize same-sex marriage, reverse Roe vs. Wade (abortions), as well as requiring prayer in public schools along with Bible Study (Betsy DeVos).