Gay Marriage is when two people of the same sex get married. Gay people, like their straight counterparts, should have every right to get married. This option should be available to all.

Banning of gay marriage was a violation of the US Constitution under the 1st amendment. This is because seemingly the only argument against gay marriage is on religious grounds, and the Constitution prohibits the establishment of religion in the law. Gay marriage bans also violated the 9th amendment (individual rights) and 14th amendment (equality under law). Social conservatives who are homophobic tried to make this illegal, mainly because this was a wedge issue that they could use to get ignorant social conservatives to go vote Republican. At least it was a wedge issue but American voters overall became more accepting of gay marriage. Anyway they can't use that issue any more.

The law is different in different parts of the United Kingdom. Same-sex marriage is legal from March 2014 in the England and Wales, Scotland is debating the issue and will probably legalise it but Northern Ireland isn't planning to allow it. [2][3]

The US states of Hawaii [1] and Rhode Island among very many others recognise same-sex Civil unions as do many other jurisdictions including the United Kingdom.

What Conservapedia (who claim to pride themselves in teaching economics) fails to understand is that gay marriage could be a massive economic solution. Millions of gay couples spending thousands of dollars on their weddings would pump BILLIONS into the economy, as well as attract tallented gay people to places where their human rights are recognised.

Roman Catholics and Protestant Fundamentalists oppose gay marriage but Liberal Christians are more supportive. Of course there are many religious types in between the two extremes. Churches that are LGBT-affirming religious groups will marry gay people when this is legal. Sympathetic churches will do a service of blessing for a gay partnership where gay marriage isn't legal.

Why so many heterosexuals support gay marriage

Conservative Christians spend far too much time telling other people how they should run their sex lives and a great many liberals are fed up with that sort of thing.

Men
Straight young men and older boys are tired of their religious girlfriends saying stuff like what's below.

And after they've married straight men are tired of their religious wives telling them what (God or their religious leader) does and doesn't want them to do in bed. People sometimes would rather change from the missionary position, many Conservative Christians don't like that.

Women
Straight young women and older girls are tired of religious people making them feel sluttish when they want the type of fun men and older boys are allowed to enjoy.

And so it goes on. 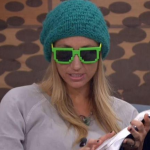 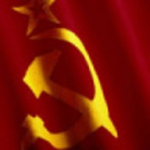