George Frederick Will (born May 4, 1941) is an American newspaper columnist and political commentator.

Will once said that The events of 9/11 have underscored the limits of libertarianism.[1]

George Will is currently at odds with Bill O'Reilly at Fox News. In 2015, following the release of Bill O'Reilly's book, Killing Reagan, Will opined that the book contained poorly sourced, inaccurate information that disparaged Ronald Reagan. Describing the book as "...a tissue of unsubstantiated assertions," and O'Reilly as "...an opportunistic interloper", Will concluded, "O’Reilly’s vast carelessness pollutes history and debases the historian’s craft."[2] The fewd escalated when Will appeared on O'Reilly's show, The O'Reilly Factor. [3] The interview ended with O'Reilly calling Will "...a hack and a liar."[4]

Mr. Will has bashed 2016 Republican Presidential Candidate ad sadly President Donald Trump many times. He called Trump a malleable mess, a boneless wonder, the nation's worst president[5] and many other things.[6] 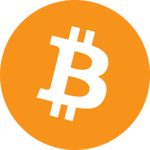