Liberapedia
Register
Don't have an account?
Sign In
Advertisement
in: Crime, Guns, People Who Suck,
and 6 more 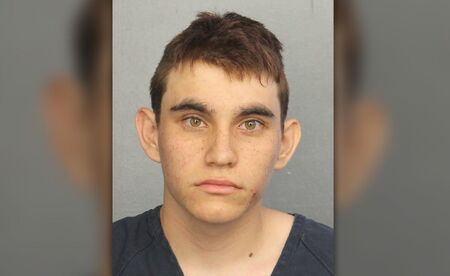 Nikolas Cruz (born 1998) is a terrorist and mass-murderer who is responsible for the killing of 17 high school students, along with injuring at least 15 others at his former school, Marjory Stoneman Douglas High School in Parkland, Florida, on February 14, 2018.

The following is a partial timeline of the Parkland shooting, from a February 23, 2018 article courtesy of sun-sentinel.com written by David Fleshler and Yiran Zhu [1] (time-zone is New York/GMT -4):

For two years, Nikolas Cruz had shown warning signs, along with the threat of "shooting up the school," allegedly attempting suicide by drinking gasoline, and his fascination with guns. On November 29, 2017, according to his then-guardian, he legally purchased a gun from Dick's Sporting Goods, bought "tons" of ammo and pointed the rifle at several people. On January 5, 2018, somebody close to Cruz warned the FBI about his possession of guns and unusual behaviors. [2] Cruz had already been expelled from Marjory Stoneman High School. The fact that authorities were fully aware of Cruz's capabilities astounded the whole world in that no action was taken on him. According to CBS Miami, his trial was originally scheduled for January 2020 [3] but later delayed until at earliest summer 2020 [4]. In October 2021 Cruz pled guilty but jury selection is expected to take several more months. [5]

Many high school students across the United States have protested in favor of gun control, including survivors of the shooting themselves. [6] [7] [8] Three senators (Two Democrats and one Republican) have introduced a bill trying to ban bump stocks, which was used on Cruz's gun. [9]