Liberapedia
Register
Don't have an account?
Sign In
Advertisement
in: Articles with unsourced statements, Racism, Christianity,
and 28 more

View source
We sometimes like satire in Liberapedia so please don't take everything seriously.

James Richard "Rick" Perry was the Governor/Emperor of Texas from December 21, 2000, till 2015. His intelligence is called into question by none other than George W. Bush[citation needed] , which is saying something. Perry is a legit homophobe, as he believes that gays are like alcoholics. He is also a CSA sympathizer and lives on a ranch named after a racial slur. He's extremely religious as well. He tried running for President in 2012, but he doesn't know how to debate (a rather large problem). Perry tried to run for president again in 2016 but dropped out early. [1] Perry announced that he was ending his presidential campaign on an emotional day, September 11, 2015, which was the anniversary of 9/11. As of March 2, 2017, he is the Head of the Department of Energy under Donald Trump.

Rick Perry hates everything that is not:

Just before the Iowa Straw Poll, Perry announced his campaign for President.  He held a gigantic prayer rally.  It was supposed to make Christians vote for him; but by the time the Iowa Caucus came around, the excitement had worn off.  The only thing that Perry made people do was to make non-Texans who had never heard of him and are smart enough to be agnostic/atheist/ and understand the 1st Amendment and liberal realize how stupid he is.

During his campaign, a preacher from a megachurch named Robert Jeffress endorsed Perry by attacking Mitt Romney and saying that Mormons aren't Christians.  He then said that Perry was the only guy who was conservative enough for evangelical Christians. [2]  Of course, this argument has several problems.  The most obvious is that Robert Jeffress obviously has never heard of Rick Santorum (just as conservative), or Michele Bachmann (just as evangelical, conservative, and Tea Party).  The other major issue is that Mormons believe that Jesus Christ is their savior, which doesn't make much sense, but defines them as Christian.   And then there's the fact that evangelical Christians are wrong most of the time.

People like him because he says Texas accounted for 49.9% of the job growth in America.  That's true if you twist the facts to include all the states, not just the ones with job growth; and don't account for Texas's population growth.  Also, he overstated the number of jobs making above the Minimum wage. Texas is ranked 24th in unemployment, which is barely in the top fifty percent[3]. 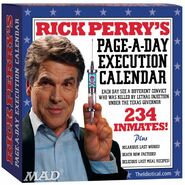 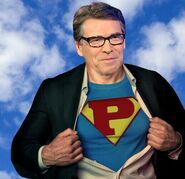 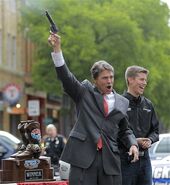 An average moment in the life of Rick Perry