U.S. Presidential Elections of the 1950s

During the 1950s, there were two Presidential Elections in the United States: one in 1952 and the other in 1956. Both of these elections were between Republican Dwight D. Eisenhower and Democrat Adlai Stevenson. 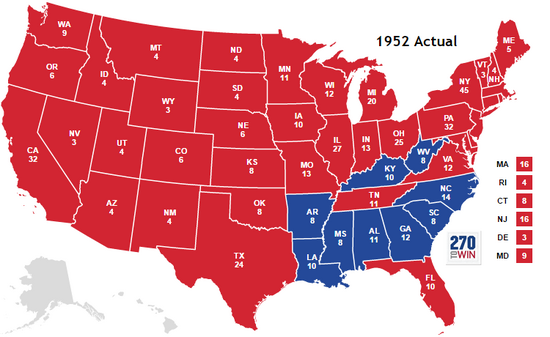 Except for The South (barring Tennessee, Texas, Florida and Virginia), all states voted for Eisenhower. 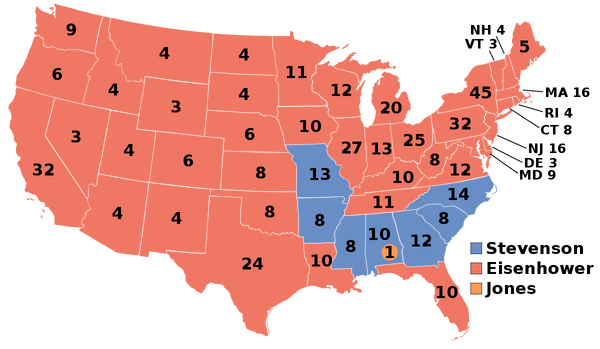 The 1956 U.S. Presidential Election was between the Incumbent Dwight D. Eisenhower (Republican/Pennsylvania) and Adlai Stevenson (Democrat/Illinois). Richard Nixon was Eisenhower's running-mate, while Estes Kefauver was Stevenson's. Stevenson also ran against Nixon in the 1952 election. A large factor for Eisenhower's victory was helping the country get out of the Korean War.

Most of the country voted for Eisenhower. The only states Stevenson secured were in the Bible Belt.